Larry Mindel makes evocative music for the ages that tells affectionate stories about grown-up people and their place in a complex world. Drawing on folk traditions and jazz harmonies, Larry explores the common ground that unites us to help us make sense of our times.

The landscape is the low land of Suffolk, the red dust of the Australian outback, the remote islands of the Hebrides – and the journeys we take between places. The tales are of lives well-lived and in flux, at ease and on the road, alone and with lovers – always searching, caring and generous.

The twists and turns of Larry’s music are rooted in his musical education in the traditional folk clubs of the South East of England, and the dynamic harmonic progressions of jazz in London’s Soho.

Starting at 15 in West End coffee clubs, Larry then formed a free music collective in Leeds in his early 20s, before moving to the south coast, where he was drawn to the strong folk music tradition of Hampshire and West Sussex. Larry’s life drifted away from music, until in 2004 he produced a simple CD for friends containing his first new songs in over 20 years. Buoyed by their support and enthusiasm, he started sharing them more widely on stage and eventually, the eponymous band album of 2016 – Night Flight.

Since then Larry has been performing regularly from England to Europe to Australia and New Zealand. His intimate style – with his superb, understated guitar playing – sees him connect with his audience one to one, where you can hear every heart beat in the room. His latest album, Love in Troubled Times, his first of songs for piano, was recorded during the lull of 2020 lockdown, and features some of London’s best young jazz musicians alongside players rooted in acoustic traditions.

As is true for so many of us, Larry lost someone close to him during 2020, and the final song – Be Careful As You Go – captures the loss so many of us have felt. 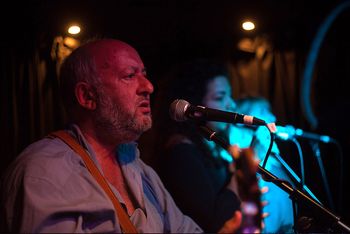 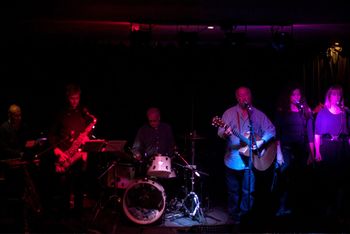 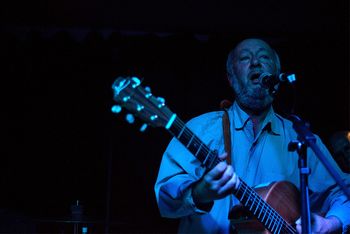