BOB GELDOF AND ME 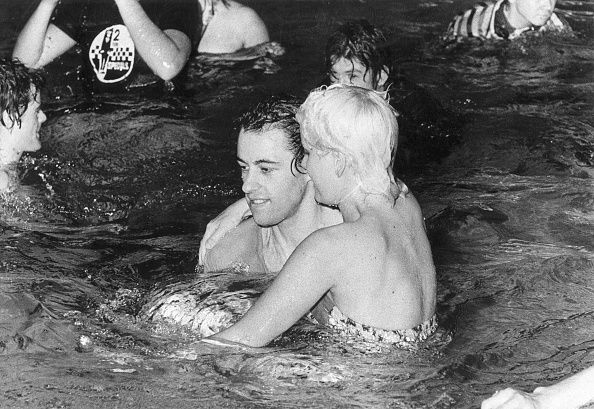 It’s a warm autumn evening, the sun quickly falling into the Thames at Hammersmith. We sink into my battered yellow Triumph Spitfire, the roof bravely down and the cassette player churning away. BB King is bending notes and telling us, sadly and defiantly, that ‘The Thrill is Gone’. Alongside me, Robyn is looking as beautiful as ever, her long auburn hair falling over her shoulders, blowing gently in the breeze. She pulls it away and looks at me with those fabulous green eyes.

Languidly, we cross the bridge to Putney. At the swimming baths the party is in full swing. The host is a young Irishman called Bob Geldof and he’s laughing and joking, dispensing bonhomie. I had expected him to be sneering with a curled lip. His band, The Boomtown Rats, have a new single out - ‘I Don’t Like Mondays’.

He has a beer in one hand, and a radiant woman on his arm. He looks bedazzled by her... Paula Yates. There’s no hint of the life to come, the marriage, the children, the break-up, the deaths. The fame. Band Aid was a few short years in the future. Jimmy Pursey of Sham 69 is there, and look, that’s Malcolm McLaren and there’s Phil Lynott of Thin Lizzy. And some bystanders in suits: label guys I suppose.

Maybe this is partly a false memory. I mean, it’s 40 years ago, and I can’t say for sure what Bob was wearing – maybe jeans and basketball boots with a ripped plain T-shirt. Maybe not. But I can still hear the party echoing round the swimming baths, the undulating water swaying calmly amid the boisterous fun, the light bouncing off the pale green tiles on the wall. I can still smell it. There’s the scent of weed and roll ups against chlorine, there’s curling canapés on trays, there are red crates of booze. People are jumping in, clothes on, carefree - the whole thing feels irreverent, anarchic. The music is loud and tuneless.

I am so out of place, not belonging. I’m itchy, different – starched, uptight, controlled. I want to crawl away. I’m dressed sedately, I watch, I withdraw. I may be with a beautiful young woman, her arm may be around me, but it’s me who’s holding on. To what I am not sure. I am in it, not of it. And Robyn is in party mode, pulling at me, my heart sinking.

‘Come on’, she says, leading me by the elbow. ‘Let’s go and say hello’. She was always like this.

I feel sick. I find myself talking to Bob. Yes, I am a musician too, I write songs. I speak out of the corner of my mouth, afraid of what I will say. Maybe he asks me something more, but I can’t remember much else. Except I feel like an impostor, another hanger-on. I’m reaching for words with a knot in my stomach.

We’re there for an eternity. Maybe a couple of hours. We don’t swim. We smoke weed, we talk to people who are probably famous today or tomorrow, or ‘in the biz’. Truth to tell, I’m pretty vacant. There’s no-one else we know, except maybe Tigger and Budgie. And I can’t remember their real names now anyway.

We drive home, again with the roof down. Robyn is like others before and since, who have believed in me and my music. Way more than I have ever done. She is quiet. I ask her what’s wrong. I can feel her turn and look at me. She’s exasperated. ‘I just don’t understand. Are you a musician or aren’t you? Why on earth didn’t you make more of that?’

Indeed, why not? Whyever not?